Dr John Parker, psychiatrist & Founder of the Spring Foundation, is on a mission to transform the Lentegeur Psychiatric Hospital in Mitchell’s Plain into a more welcoming space for mentally ill people.

Dane McDonald spoke to Dr. Parker about the Lentegeur Spring Project and its mission.

One gets a sense of tranquillity and equilibrium when sitting in Dr John Parker’s office.  He speaks delicately with calculated pauses, more like a psychologist trying to convey emotion than a psychiatrist trying to analyse logical flow.

Four disconnected pictures adorn the walls of an office that seems to have been arranged with minimalism in mind. Instead of a clever piece of art there is the “iconic” picture of the Cuban revolutionary doctor, Ché Guevara. To the commandant’s left is a large article-poster of Steve Bantu Biko. Just below Biko is a surfer riding a monstrous wave.

The disconnect prompts the eyes to jump to the opposite wall, where you see an aerial view of the Lentegeur Hospital building with more green than the customary grey, white, and black architectural drawings one is used to.

Parker is a psychiatrist who has been working at the Lentegeur Mental hospital in Mitchell’s Plain on the Cape Flats for the past ten years.

In a presentation at the prestigious TedTalks he spoke of his disillusionment with the mental healthcare system which led to a break of eight months and a renewed discovery of his mission. He has since established the Lentegeur Spring Project which aims to reintegrate mentally ill patients with their communities through green initiatives.

“Can you imagine you have a mental breakdown of some form; you’re having the worst crisis of your life, you’re probably wondering whether you’re alive or human, you’re completely paranoid and believe everyone’s out to get you and they drag you into a place like this,” Parker says looking out of his window which has a distant view of Table Mountain and receives afternoon sunlight.

“Through a double fence and a massive gate that resembles nothing so much as a prison gateway into a ward that looks like a prison. Is that going to make you feel comfortable like you’re about to be healed? That people are going to help you? Absolutely not.”

Parker speaks with a mixture of anger and care which seems to be his reaction to a complex battle gripping South Africa and the world.

30% of South Africans will have a mental disorder in their lifetime. Of this percentage, 11% are being treated, leaving the National Health Department with a massive treatment gap. By 2050 depression will be the number one cause of working days lost. In addition South Africa’s explosive population growth has not been matched with an increase in the number of beds in hospitals.

Alongside the actual mental health problem, says Parker, is the problem of institutionalisation. “The institution is a place where every aspect of your life is controlled and you lose your ability to make decisions – you lose your free-will, basically.”

In speaking about the Lentegeur Spring Project one gets the sense that he has broached the subject many times. Yet, he comes across as someone who is passionate and in it for the long haul.

“It’s about us finding and helping our patients to find meaning in their life through reconnection with the soil,” says Parker. “Doing things like food gardening because we need to re-establish self-sufficiency, a belief that ‘I can feed and look after myself. And I can do this in my own place by getting in touch with my environment.” 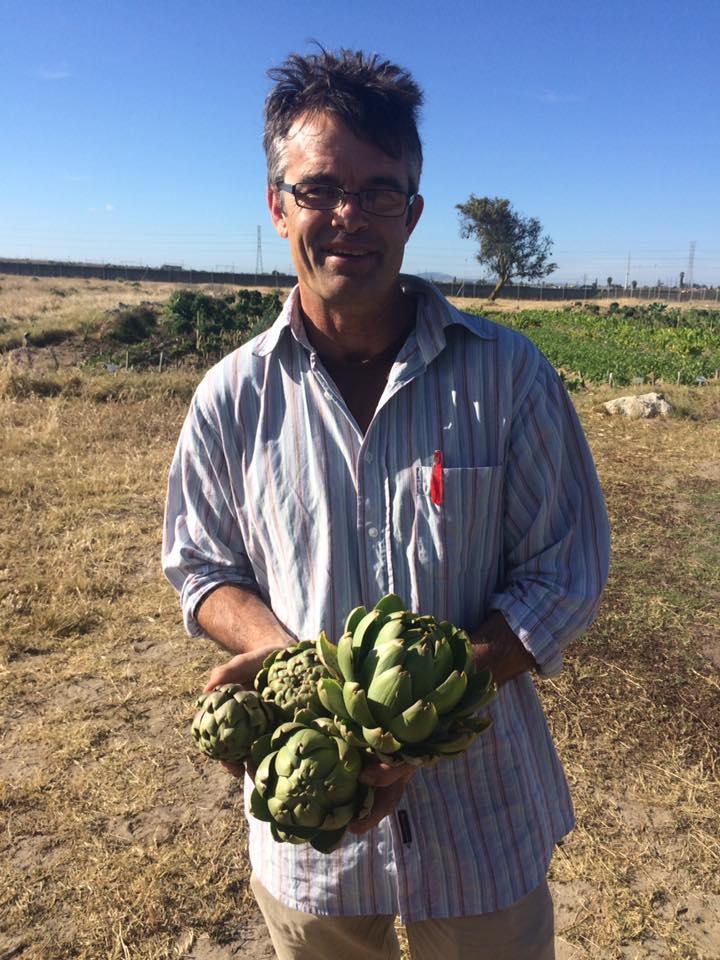 Parker soon tires of all the abstract explanations and proposes a quick tour of the grounds. Hunched over the steering wheel of his white Citi

Golf, he points out a clearing at the entrance where three men are hoeing.

“Months from now that whole area is going to be planted with beautiful plants, the centre island will form part of the Mandela Day project, and by the end of the year this side will be a heritage garden,” Parker says as earlier, seemingly strained explanations give way to excitement and enthusiasm.

After a three minute drive, he stops at the forensic patient ward. He explains that the forensic patients are convicted of crimes but are acquitted due to mental illness and that they have been some of the most useful for the project. “These guys are some of my storm troopers,” he says beaming with pride.

At the back, the onion shoots and sweet potato leaves form a striking foreground to the brown bricks of the ward. The vegetables are sold to the staff and the patients use the money for outings. Parker also encourages the use of the vegetable garden for re-establishing the connection between patients and their families.

“When their families visit they give them food parcels,” he says while bolting the yard gate. “And I’ve seen what that does to families,” Parker demonstrates a keen understanding of patient-family dynamics as he speaks from the perspective of the visiting family.

“We’re coming to visit our useless, ‘malletjie’ relative and suddenly he is giving us food, and the pride it engenders in the person is really amazing.” 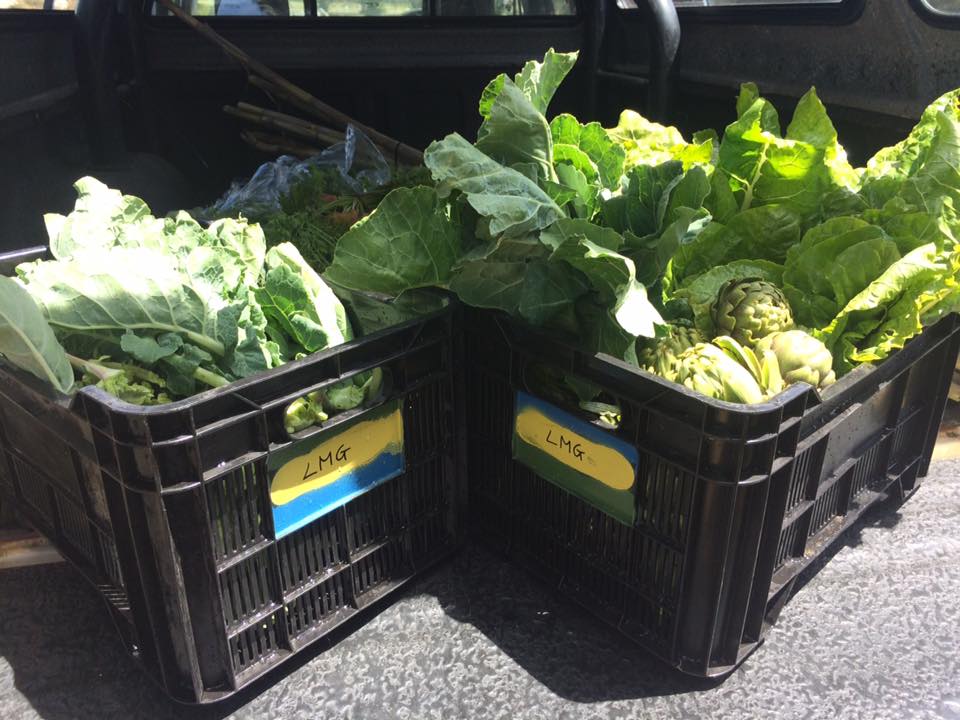 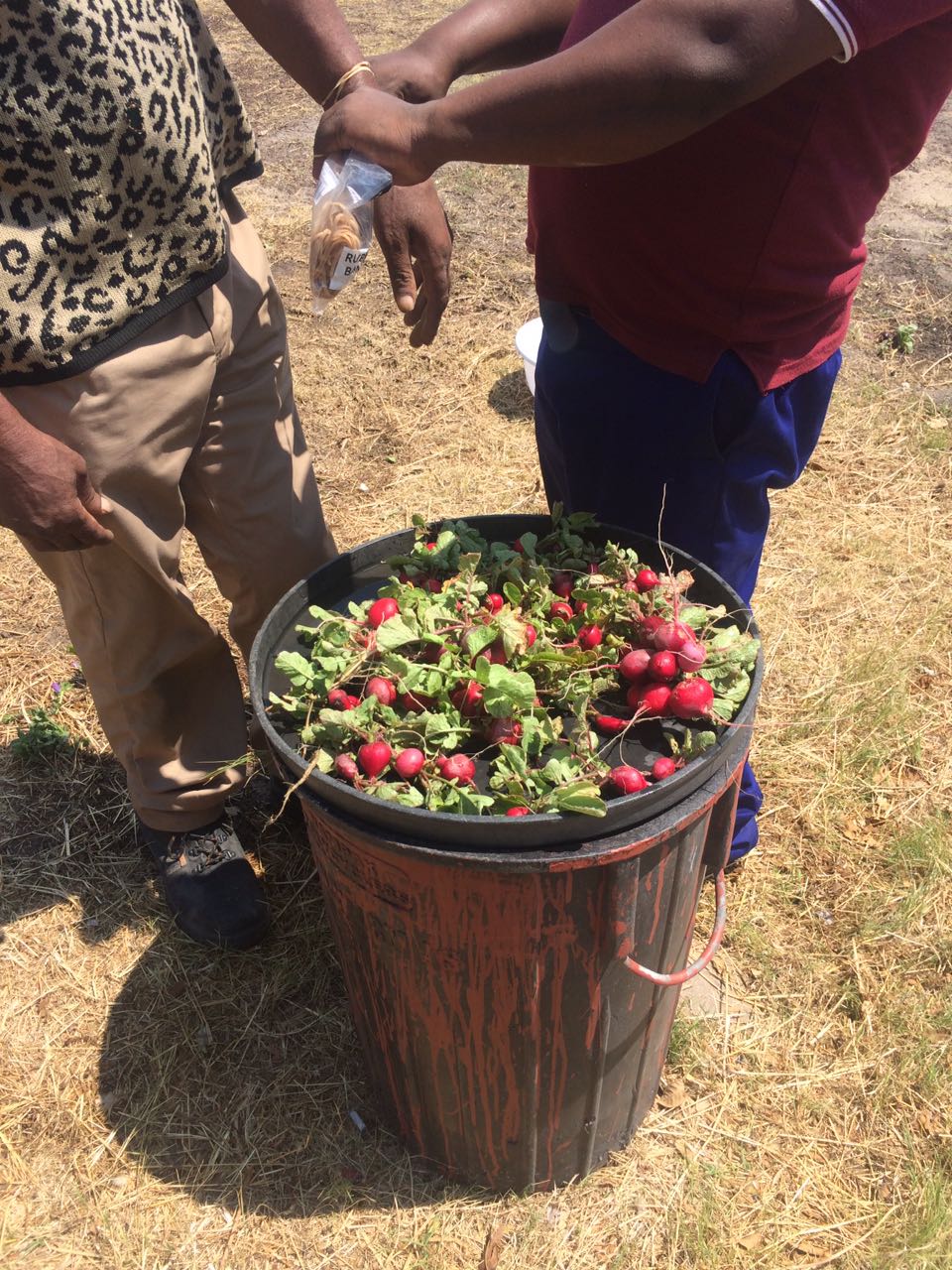 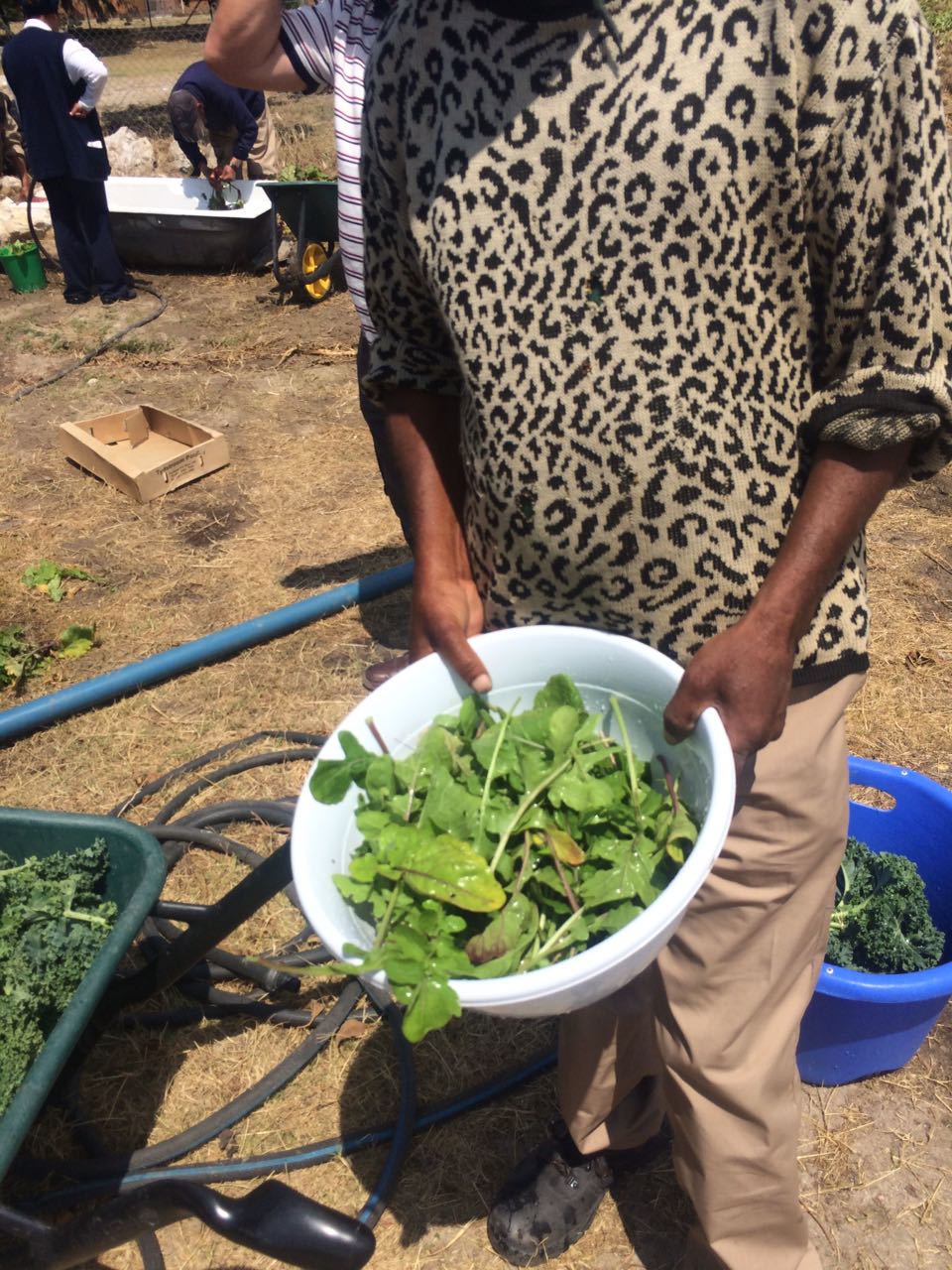 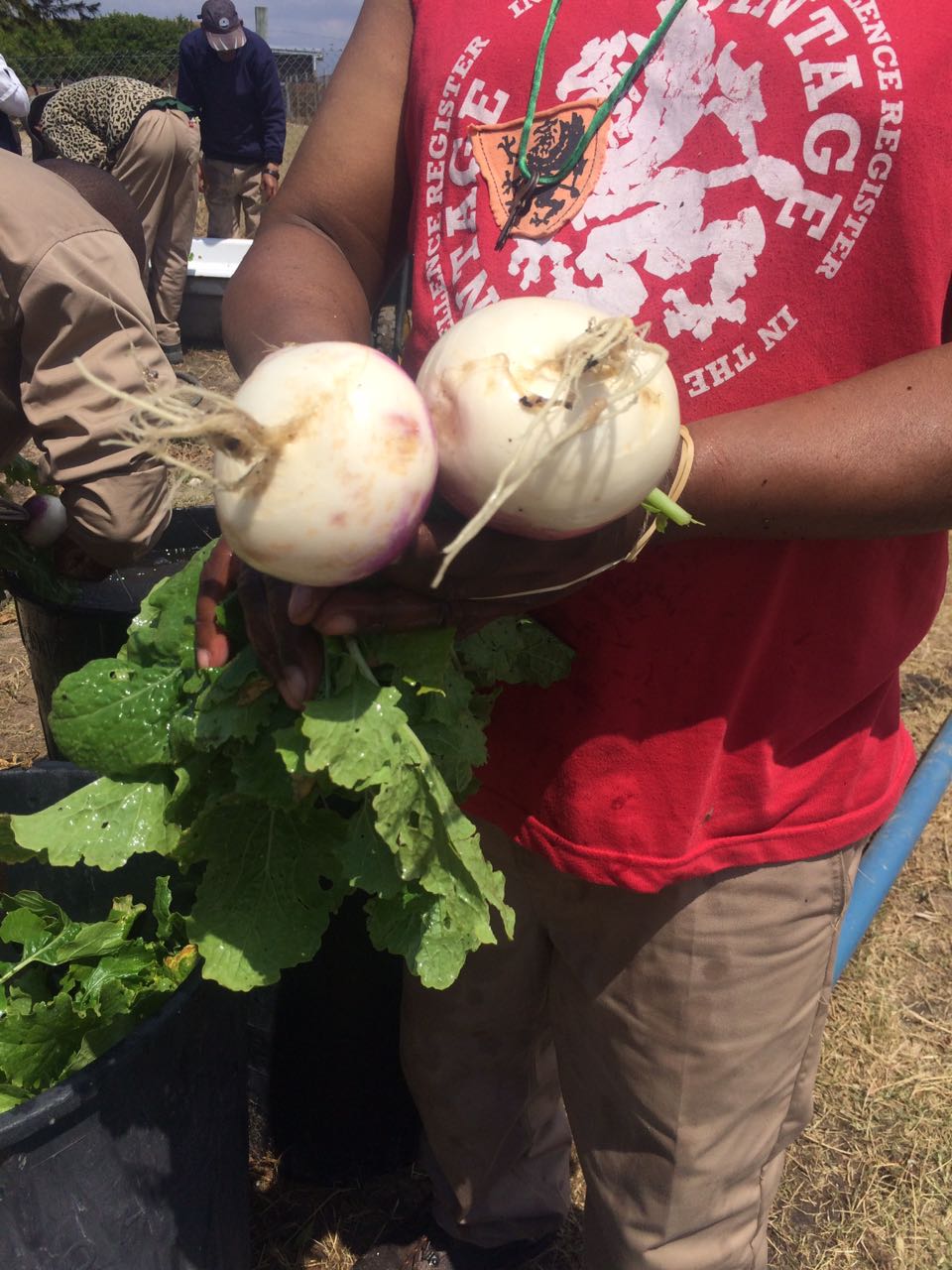 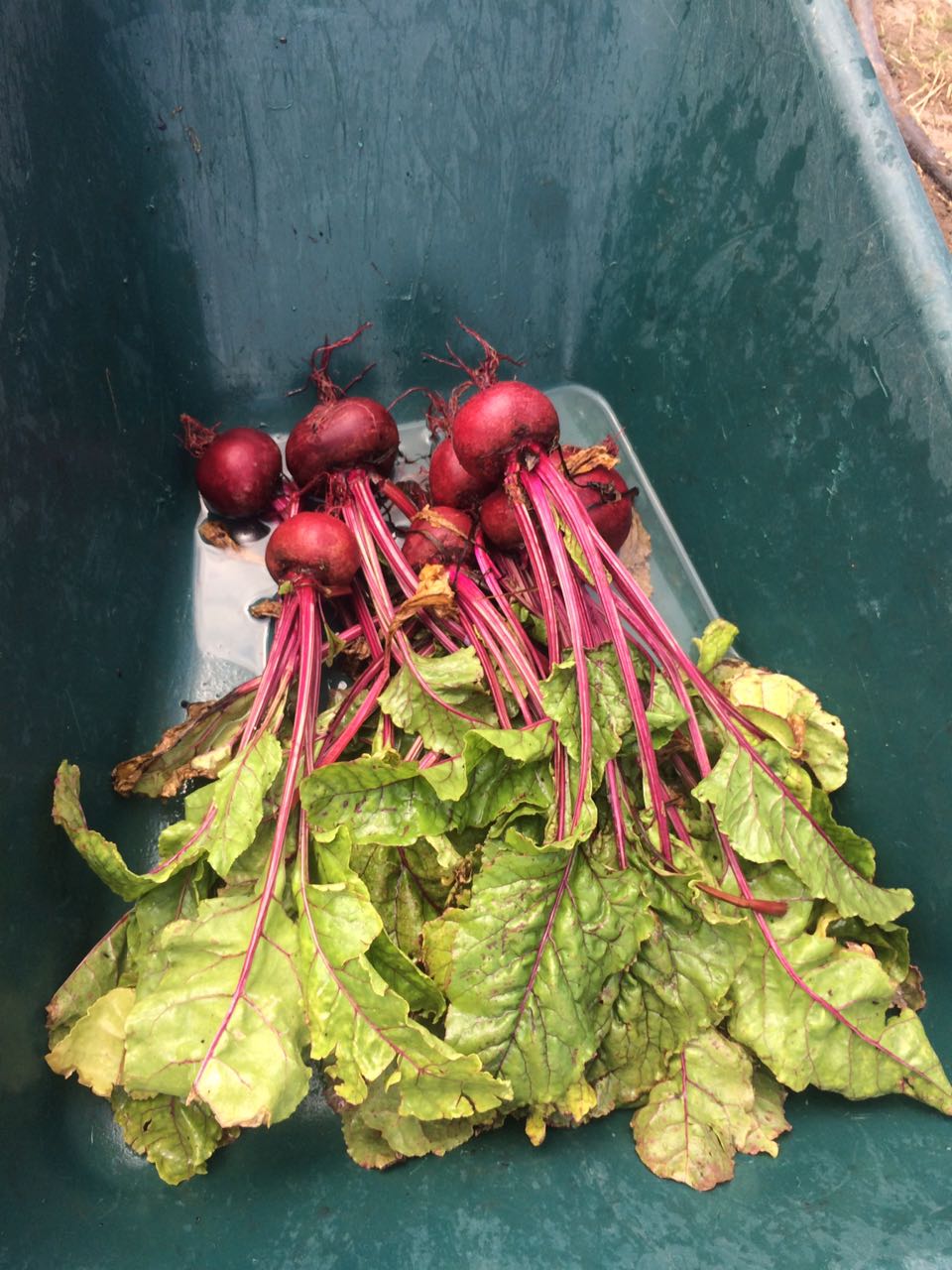 The Lentegeur Spring project has not been without its own obstacles. Three years ago Lentegeur did not have a hospital board as it required community members who are often not keen to chair a “malhuis in the ghetto”. Parker remembers walking around in the Mitchell’s Plain community handing out pamphlets. “In one month we had a board,” he says in a manner which reveals his disbelief and surprise at the achievement.

“I had to start from nothing and then I had to convince people that this wild, hippy dream was something that could be real.”

Parker’s efforts have not been in vain and the Spring Project activities have recently been included in his job description. The CEO of the hospital has given his full support for the project, which has been named as a flagship of the Provincial Health Department.

The disconnected pictures on the off-beat psychiatrist’s wall begin to make sense in the light of the project’s achievements. Indeed, a hippy doctor with a revolutionary idea trying to reconnect people to their roots through greening.by