We need a TAC for mental health, says state psychiatrist

We need a TAC for mental health, says state psychiatrist

People most likely to need help have the least access 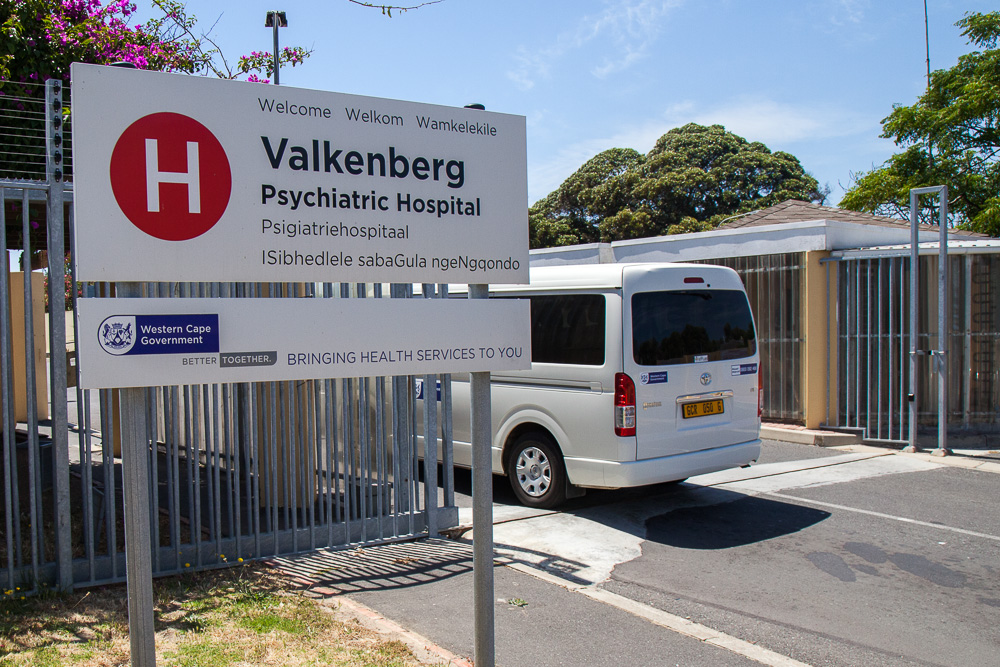 6 December 2016
Just one state psychologist services the whole of Khayelitsha, a community of over 400,000 people. In the whole of the Western Cape, there are just 45 psychologists and 105 psychiatrists in the public sector.

This is despite the fact that according to the South African Stress and Health (SASH) study just under a third of South Africans will experience a mental health issue in their lifetimes and 75% of people will not receive care.

The study, based on a nationally representative sample of 4,351 adults, found the Western Cape had the highest 12-month and lifetime prevalence rates of mental disorder.

“In a way there is an inverse situation, where people who have the most need for mental healthcare are people who live in circumstances of poverty and deprivation and yet they have the least access to care,” says Professor Crick Lund, the director of UCT’s Alan J Flisher Centre for Public Mental Health. 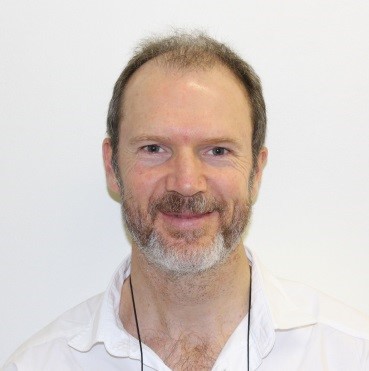 For many people living in informal settlements, without access to private healthcare, accessing psychological help is often difficult. Officially, primary care nurses in clinics should be trained to pick up symptoms of depression or anxiety. “But [this is] unlikely and we know from studies that few people get picked up in that way,” says Lund.

According to Lund, surveys conducted in North West Province on the extent to which primary care nurses can detect people with depression and alcohol use disorders, showed that only around 8% of patients got detected. Lund believes this figure is “probably quite similar in Khayelitsha”.

“Nurses are so stretched by the HIV burden and the growing burden of noncommunicable diseases that they don’t have the time or the resources to say, ‘tell me about how you are feeling’ and to offer basic counseling.”

The Western Cape Department of Health explains that ideally a mental health condition will be picked up at a clinic. The patient can then be referred to either a mental health nurse, psychologist, social worker, intern psychiatrist or intern psychologist. These professionals are not at the clinics every day, so appointments need to be made.

The Department says that treatment may include medication, as well as short-term individual or group counseling. The mental health nurses, of which there are 628 in the Western Cape, may consult with the psychologist or psychiatrist and refer the patient to them.

Counseling services are often only available via an NGO. For example, in Khayelitsha, Mosaic offers services for women affected by domestic violence. Cape Mental Health also offers a range of services such as group meetings and home visits by social workers.

Gerrie van Eeden, the communications manager at Cape Mental Health, says, “We are not turning people away, but our centres and facilities have a certain capacity to which we can accommodate.”

He also admits that psychologists are not readily available in the public sector.

Accessing mental health facilities in rural areas is even more difficult. “The reality is that services in rural areas are very limited and dependent on whether people with mental disabilities can access services in smaller towns. If not, they will have to spend money and time to travel to where the service is, leading to many people not accessing the services,” he says.

“We haven’t evolved from this old redundant model of mental healthcare, which is institution based,” says Dr John Parker, a psychiatrist at one such institution – Lentegeur Psychiatric Hospital in Mitchell’s Plain.

“You just ain’t gonna walk into a place like this because it is the ‘mad house’,” he adds.

Parker says that the history of mental healthcare has been about the removal of people from society.

“If you look at these places, they look like a prison. If you are coming through those gates as a patient it is probably going to be the worst day of your life,” he says.

Prof. John Parker is a psychiatrist who has been working at the Lentegeur Mental hospital in Mitchell’s Plain on the Cape Flats for the past ten years.

Once patients leave the hospital, they can access outpatient services at the major psychiatric hospitals and connect with a network of community psychiatric nurses at municipal clinics. But Parker says that the system is “barely looking after the severely mentally ill”.

“We need to develop community based services and they need to be presented to communities as equivalent of other forms of healthcare,” he says.

One way to do this is through the use of community health workers. A current trial in Khayelitsha, that Lund is involved in, looks at how these workers can deliver structured counseling sessions to depressed pregnant women. The trial hopes to show that this is a cost effective way of addressing the crisis.

“If you can train community health workers, there will be more of them than psychologists [and then we are] much more likely to achieve population level coverage,” says Lund.

Minister of Health Aaron Motsaeledi in his speech on the health department’s budget vote, made no mention of mental health.

There is no specific budget for mental health either at national or provincial level, writes Jonathan Burns in a 2011 paper on the mental healthcare gap. “Therefore mental health services are funded out of general health budgets, where they inevitably end up at the bottom of a pile of pressing needs when money is allocated,” states Burns.

It is reported that the national Department of Health spends about 4% of its budget on mental healthcare.

An official at the Western Cape Health Department told GroundUp it is difficult to estimate how much the province spends on mental health, because mental health services are divided into eight “budget programmes”.

Regardless of the opaqueness of the budgets, there is evidence that it costs more to ignore mental health issues than to treat them. In a 2013 study on mental illness and lost income, it was found that severe depression or anxiety disorders resulted in an average loss of R50,000 per adult per year. The study also found that South Africa lost about R38 billion annually as a result of these disorders.

Despite the grim picture there is reason to be hopeful. The Department of Health’s annual report says it has met or exceeded all its targets for improving the screening and treating of people with mental health disorders.

The Western Cape health department says it is “addressing the growing need for care of patients with mental illness, by improving access to treatment and counseling at Primary Healthcare (PHC) level”. It has also built psychiatric wards at all large district hospitals as well as regional hospitals.

Both Lund and Parker praise the establishment of these wards as previously patients had to be admitted straight to a psychiatric hospital.

Projects such as Parker’s Spring Foundation at Lentegeur are also changing the physical landscape of psychiatric hospitals. 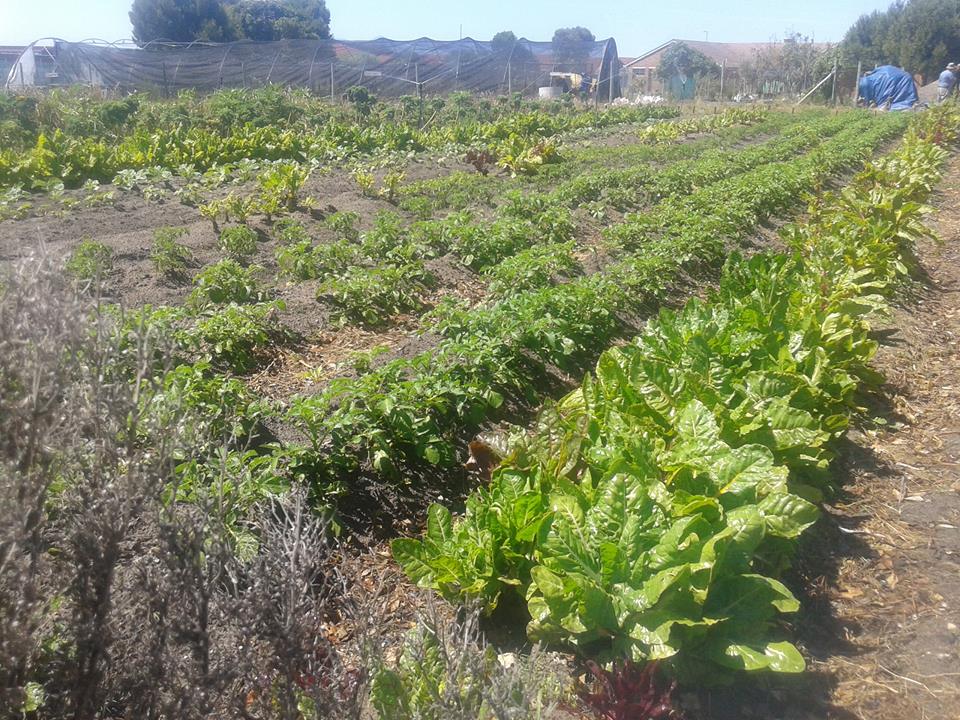 The Spring Foundation at Lentegeur aims to redesign what a psychiatric hospital “looks like, feels like, is and does”. By using “principles of hope and recovery through reconnection” the project incorporates gardening and art therapy for patients in order to reconnect patients to themselves, society and the planet.

“Recovery is about finding meaning and purpose in your life rather than getting rid of your symptoms. [It is] about finding meaning in empowerment, community contact, finding hope. Yes, giving them medication, but it is a much more hopeful model. Real treatment doesn’t happen in the hospital; it happens in the community,” says Parker.

“My endless refrain is that we need to develop a Treatment Action Campaign (TAC) framework in mental health work,” he says.

In the early 2000s, the TAC carried out a successful national campaign for access to free antiretrovirals in the country. The campaign also fought to reduce stigma surrounding HIV – stigma that could be deadly, as is the case with stigma surrounding mental health.

The study in Khayelitsha and Mfuleni showed that depressed mood also correlated with earning below R2,000 a month, experiencing intimate partner violence, and having a lack of partner support.

According a Khayelitsha Commission of Inquiry report, the median monthly income in Khayelitsha is R2,116 for men and R1,526 for women (2011 data).